It's more than a cool Beer Pong brand; It is a great new game based on Beer Pong. 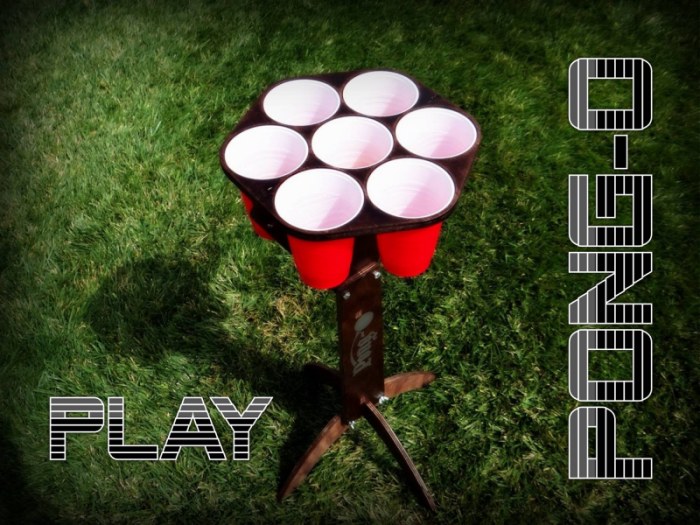 The objective of Pong-O is similar to that of beer pong, where a player tries to toss a ping pong ball into a cup, but that’s where the similarities end. In Pong-O, there is no need to remove cups or drink beer. Pong-O is based on points. A ball made into the center cup is worth 4pts and a ball made into the outer cups is worth 2pts. Players take turns tossing 4 balls. There is a highly defensive aspect to the game, too. A ball that bounces off the rack may be caught for 1pt. Also, a ball that misses the rack may be caught for 1pt ONLY IF it passes beneath the top plane of the rack. Below are some rules for Pong-O.

There are no products to list in this category.
Continue